Well, 2021 is behind us. So much happened in 2021 for Jeff’s Place.  Our biggest project, the move to a permanent new home became real, and we welcomed our families into our expanded, beautiful space. We were thrilled to reconvene in-person support groups and counseling as well as offer some special programs. We are blessed to have received a number of donations, grants and pro bono services, enabling us to create a meaningful, comfortable and safe place for our families. We are loving our new home at 281 Pleasant Street, and we also love showing it off whenever we can. 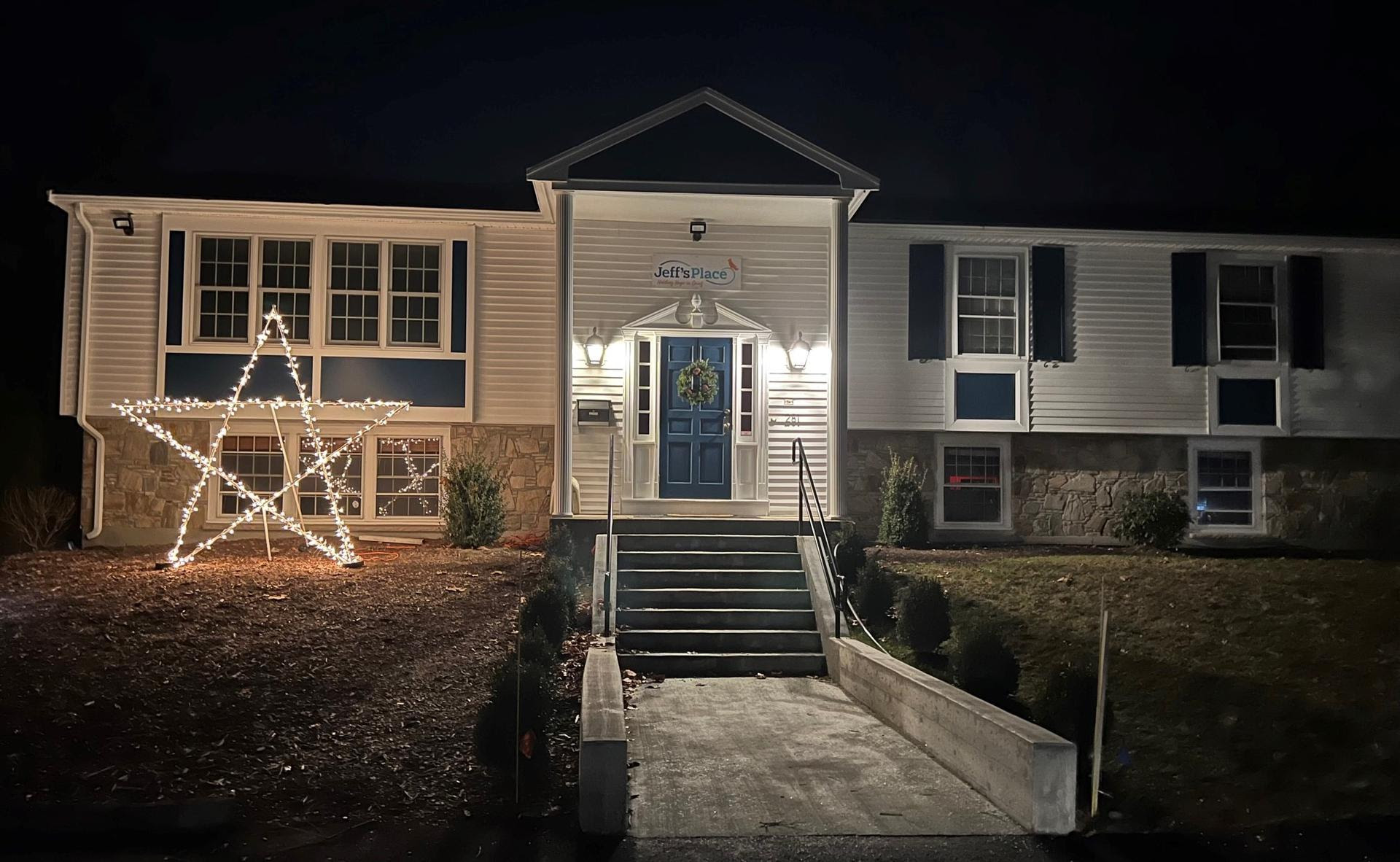 We certainly didn’t expect a 60-degree day in December, but we were thrilled to celebrate our Holiday Memorial Celebration outside, basking in the warmth of winter. Jeff’s Place families and facilitators from all of our groups came together in remembrance and friendship. The highlight of the evening was the community candle lighting; we gathered in a large circle for our families to pass the light, as they do each week while sharing their strength and hope. 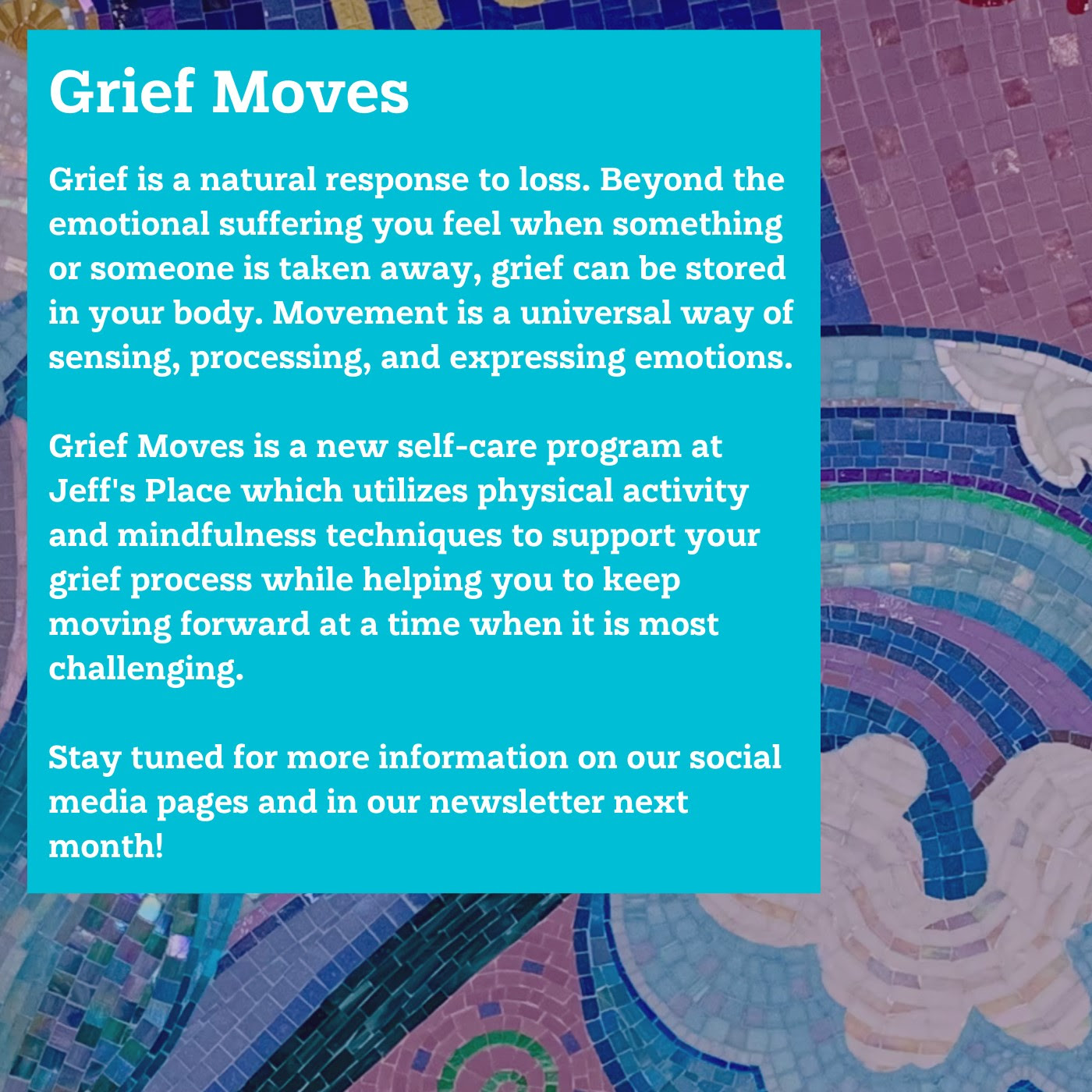 We are incredibly grateful to The Parmenter Foundation for their ongoing support of Jeff’s Place and the growth of our GriefMOVES programming.

As we welcomed 2022, we hoped our Zoom days would be behind us. But with this latest surge, we have pivoted back to virtual groups for the months of January and February. We will closely monitor COVID trends to determine when to reopen in person. With that said, we are busy planning a special “Pop-up Event” for our families in February.

After years of inquiries, we are pleased to finally offer a Grandparents Support Group! This virtual, daytime group is designed for grandparents supporting a grandchild who is grieving. This group will run virtually twice a month. Click here to fill out our application, or send inquiries to melissa@jeffsplace.org

February 9, 2012 was the day that changed Joan’s life forever.  Her beloved son, Danny, died by suicide. Within six months of Danny’s death, Joan and her husband Dan made arrangements for their daughter, Christy, to attend Comfort Zone Camp. The specialized weekend camp gives kids the opportunity to feel some sense of normalcy and belonging while learning new coping skills.

After a positive experience at the camp, the Scotts were looking for an ongoing connection to families who had also experienced the death of a family member and found Jeff’s Place.  Christy became part of the teen group, and Joan and Dan joined the child loss parent group, where  they immediately felt a connection. After “graduating” from the program, Dan joined the Jeff’s Place Board of Directors, and both Joan, Dan, and later Christy, began volunteering in the support groups.  Joan is a retired teacher and finds the connection with the kids so inspiring.  Over the years as a Jeff’s Place volunteer, Joan has played a valuable role in helping kids learn coping strategies. She shared a moving story about her interaction with a very young child who arrived at Jeff’s Place crying and not wanting to participate. Joan spent several sessions playing and sitting with her, and slowly, she was able to engage, express her feelings, and feel connected with others in group, helping them too! A little over a year after Danny’s death, Joan started thinking about sharing her experience with others, particularly other parents who have lost children, in order to help them grieve and heal. This idea grew over the following years, and eventually became the book, Getting Through the Days: A Journey From Loss To Life, which was published in 2021. It is an inspiring, helpful guide with nuggets of wisdom presented through poems, resources and photos that chronicle Joan’s survival and then finding hope following the loss of her son. Please check out Joan’s book HERE.  It may answer some of your own questions and help with your personal grief. We are truly grateful to Joan and her family for their incredible willingness to give back to Jeff’s Place. 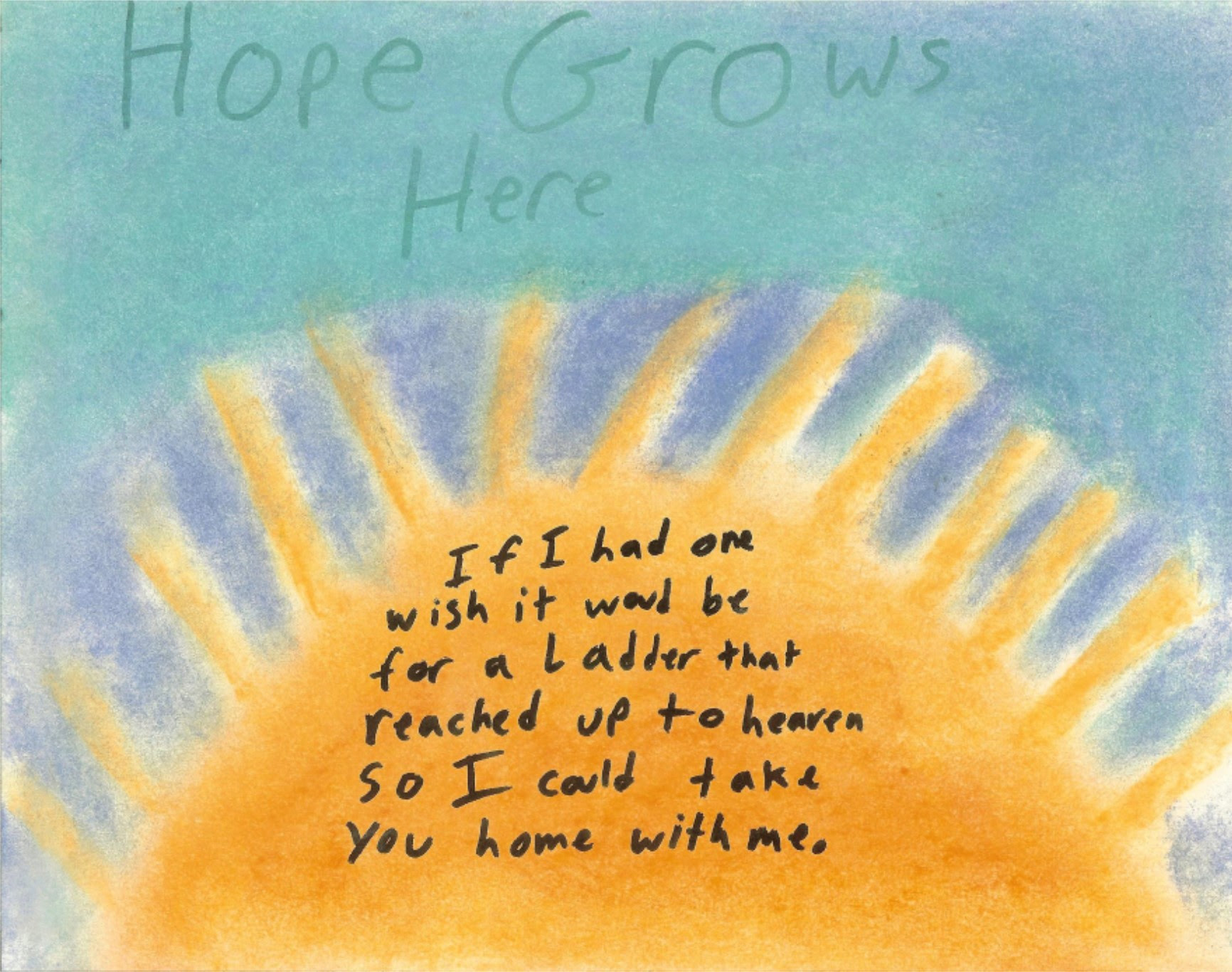 Make an IMPACT, consider a gift

We invite you to invest in our future and help us to continue serving our community. Please consider a recurring gift. Even $10 or $20 a month makes an incredible difference. Every dollar raised allows us to strengthen our programming.

“I contribute to Jeff’s Place, because when I think about the impact an organization can have on a family, I can’t think of anything more needed than a family that has lost a child, or a child that has lost a parent. I know families that have experienced such a dramatic loss and seen the havoc not getting help or counseling brought on these families.” 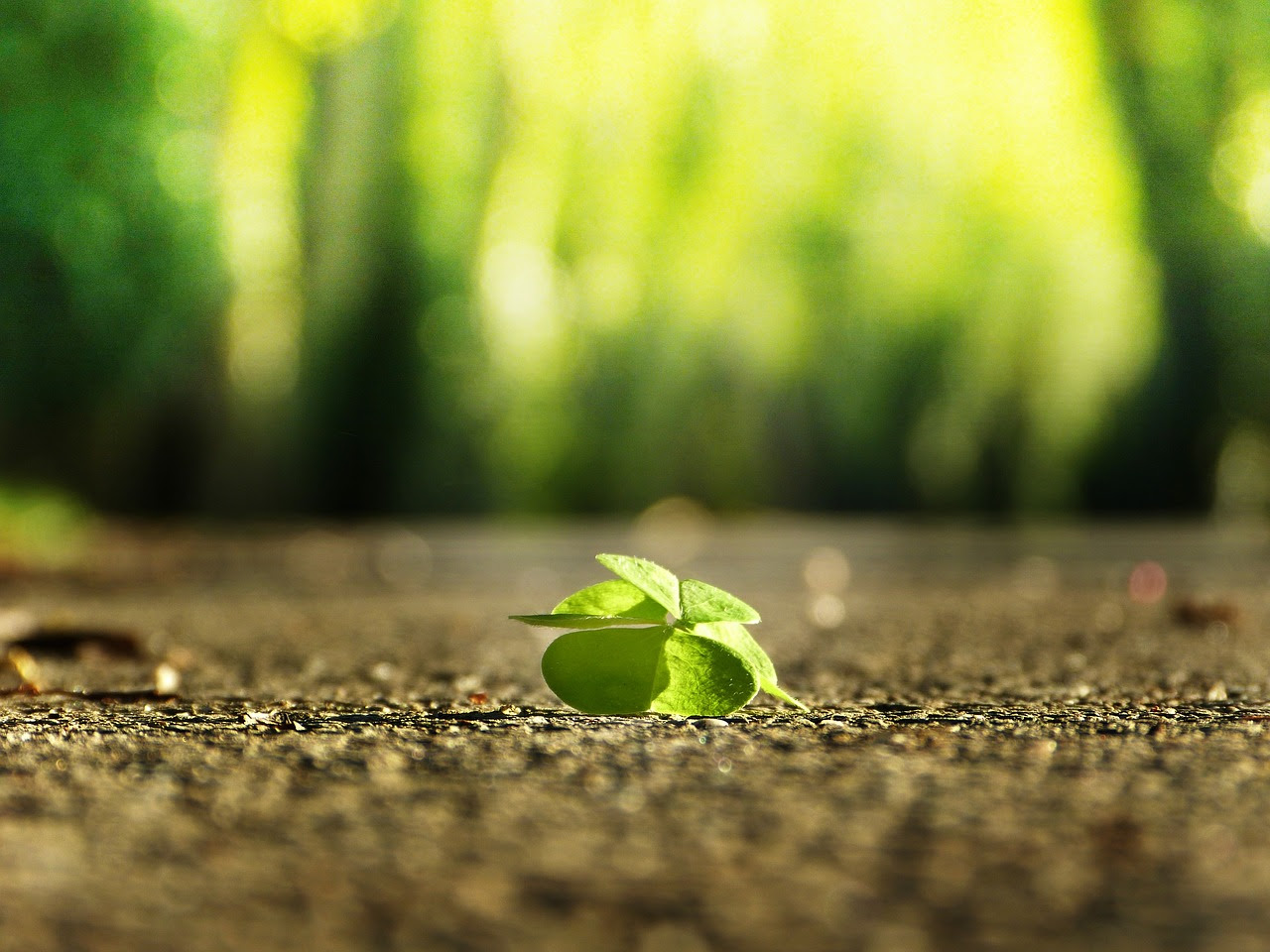 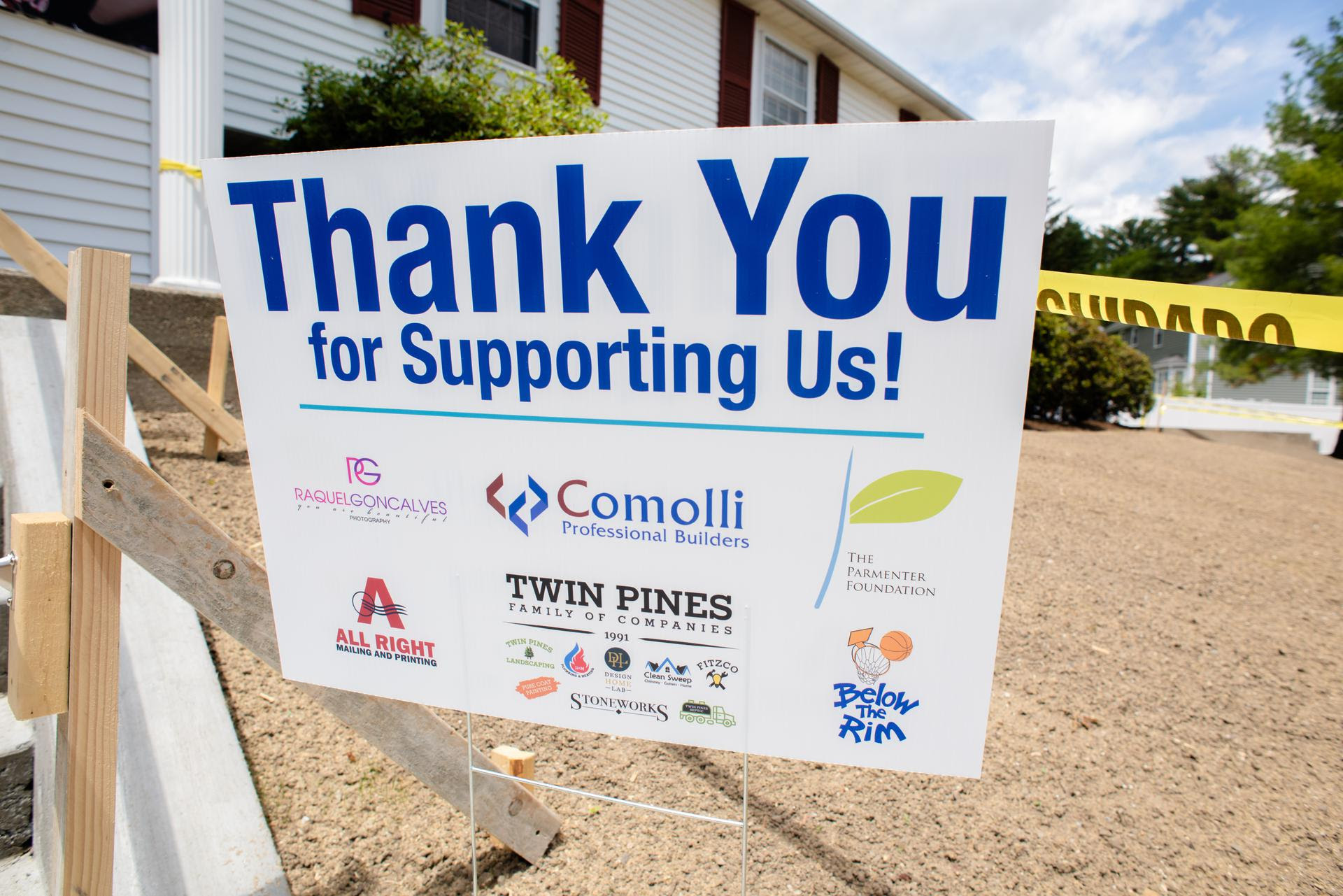